What polar researchers have learnt from the pandemic 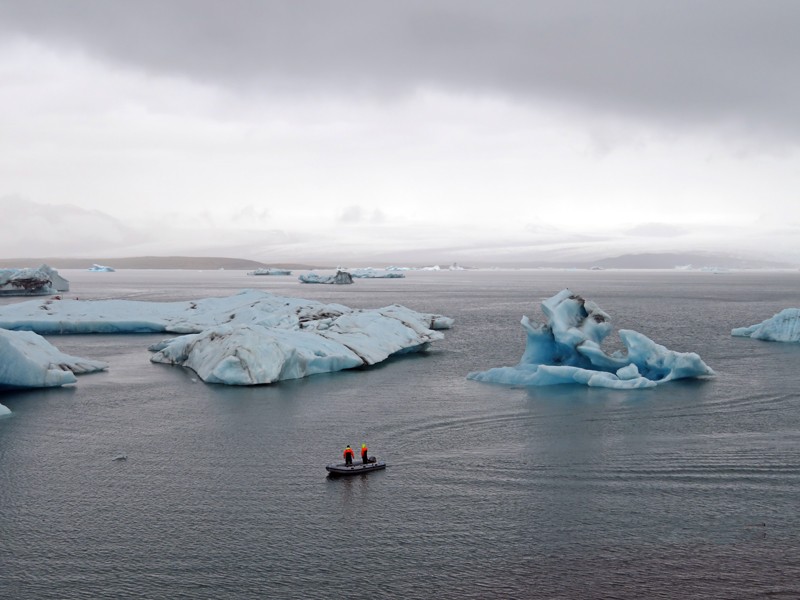 Conducting science in polar regions is no easy feat. Researchers often spend years planning fieldwork, acquiring funding and permits, and recruiting resources and staff members, including boats and experienced helicopter pilots. Even when a plan is in place, extreme weather frequently prevents them from accessing their field sites. When COVID-19 took hold around the world, most polar researchers werenât able to travel to their field sites at all, leading them to adapt their research questions and data-collection methods. Six polar scientists discuss how the pandemic has affected their research, and describe the lessons they hope to carry forward. MICHELLE LARUE: Create opportunities for junior researchers Ecologist and senior lecturer at the University of Canterbury in Christchurch, New Zealand. I like to tell people that I spy on animals from space. I use high-resolution satellite imagery to learn about where animals in Antarctica are, how many there are, how they interact with other animals and how populations change over time. The last time I went down to Antarctica was in late 2018. I worked with a team that I called the penguin paparazzi. We did aerial surveys over six colonies of emperor penguins (Aptenodytes forsteri) in the Ross Sea to confirm the data from satellite imagery. I donât have any active research projects where I have to go to Antarctica, so the pandemic hasnât had a huge effect on my research. But from November 2019 to February 2020, I ran the Postgraduate Certificate in Antarctic Studies programme at the University of Canterbury, which has been affected. The programme involves taking about 20 students down to the ice for one or two weeks. We teach them how to do research in Antarctica and how to deal with the weather and logistics. We also encourage students to do their own research projects, where they gather data, bring them back and analyse them. But because of the pandemic, we havenât been able to travel to Antarctica â and Iâm not sure when weâll next be able to. I think the group of students who were able to go on the last trip, in December 2019, will be OK because they were able to gather data. Itâs the students who havenât had a chance to collect their own data and familiarize themselves with research in Antarctica that I worry about. I also feel for the students who wonât know that Antarctic research is something they might want to do, simply because they didnât have access to it. Thereâs an adage that once you go to Antarctica, you either get the bug or you donât. I got it: I want to go back all the time. I want to understand Antarctica better, in part because itâs so unique â itâs the only continent on the planet that is set aside for peace and science. I want to make sure that it stays that way and is protected. And I want to make sure that younger scientists have an opportunity to experience that, too. DANNI PEARCE: Share resources Geologist and associate professor at the Norwegian University of Life Sciences in Ãs, Norway. I started my position at the Norwegian University of Life Sciences in January. My husband and I moved from the United Kingdom to Norway last November, during COVID-19 and before the UK exit from the European Union was completed. It was an absolute nightmare. We had to move before the transition period ended, or we would have had to obtain sponsored visas. We also had to apply for a travel visa for my husband, who is South African, and that required us to have an apartment-rental contract. It wasnât easy to find somewhere that allowed us to sign a contract without seeing the apartment and without being in the country. We also had two flight bookings cancelled because not enough people were flying. Now weâre more settled, but itâs odd to start a new job during a lockdown, when you canât see anyone. Iâm a Quaternary geologist, which means I study the past 2.6 million years of geological time. I reconstruct the past of glaciers and ice sheets in the Arctic, with a focus on periods of abrupt climate change. Iâve done research in a variety of polar and non-polar regions, including Greenland, Iceland, Arctic Russia, Norway and Scotland. I had no plans for fieldwork last year. But my PhD student had to cancel his plans to work in the field in Arctic Russia. Furthermore, our main Russian collaborator, Vasily Kolka, died from COVID-19. That was a big blow, especially to my PhD student, who was quite close to him; they spent a field season working together. In the early days of COVID-19, funding agencies were scrambling to work out what to do in terms of fieldwork, grants and jobs for early-career researchers. Every country and government dealt with the pandemic differently. And few months ago, some UK funding agencies announced that their funding had been cut for future grants, and that they were looking to immediately downsize grants that were already awarded. To me, that is hugely unfair. Thereâs a lot of job insecurity in research at the best of times, let alone now. We could lose really good scientists as a result of these cuts. If the pandemic has taught us anything, itâs that when we work together, we can think outside the box and adapt. When COVIDâ19 first hit, polar researchers had to work out how to do our science when we couldnât go to our field environ-ments, and find a way to teach online. I had never used Zoom before. But I worked with a group of international palaeoscientists to compile resources and discuss teaching approaches. We created a database of resources, including guest lectures, which saved everyone time and reduced the stress of having to develop curricula. We never thought about creating a resource like this before COVID-19. Thereâs always hope that we can change quickly when we work together.