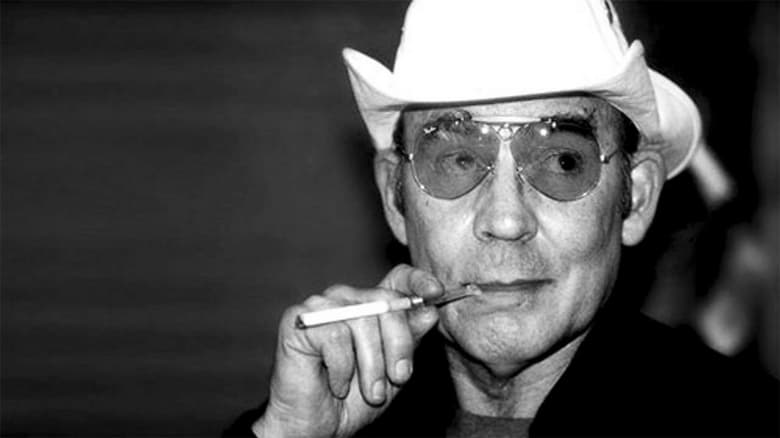 Dr. Hunter S. Thompson’s fortified compound is located somewhere in Aspen, Colorado and is commonly known as "The Owl Farm." It is a temple of quirkiness and idiosyncrasy. Peacocks strut idly about, inflatable sex dolls with gaping mouths gawk at passersby, and bizarre sculptures are randomly strewn about Thompson’s front yard. Amidst all of this is Thompson himself wearing enormous dark sunglasses, a gaudy Hawaiian shirt, and sporting his trademark cigarette holder. Known as the founder of gonzo journalism and a literary maverick, it’s no surprise that one would want to create a documentary that delves into the life and mystery of Hunter S. Thompson. It is only surprising that it has taken this long for such a documentary to be made.

Director Wayne Ewing (Original Diner Guys, TV’s Homicide: Life on The Streets) was granted unprecedented access to Thompson’s compound and personal life. Ewing focuses primarily on Thompson’s war with the Aspen police department to beat a drunk driving charge and his involvement with the making of Terry Gilliam's film version of Fear and Loathing In Las Vegas. The cinema verite style Ewing employed in working with director Barry Levinson (Avalon) on television’s Homicide is effectively used in Breakfast with Hunter. The proximity with which Ewing films Thompson invites the audience into the life of Hunter S. Thompson in an intensely personal and intimate way while simultaneously not becoming intrusive.

Ewing captures Thompson in his home having heated arguments with the screenwriters of Gilliam's film. We meet Ralph Steadman, the artist whose images are bound inextricably to Fear and Loathing In Las Vegas. Ewing also captures a number of interesting interactions between star Johnny Depp (Pirates of the Caribbean) and Thompson as Depp prepares to play the screen version of Thompson. Ewing films an evening spent with Hunter S. Thompson at Depp’s infamous Viper Room. We are also granted access to the 25th anniversary celebration of the publication of Fear and Loathing In Las Vegas in New York. Breakfast with Hunter could be considered a lengthy road trip with Thompson sans mescaline, marijuana, and whiskey.

The presence of numerous celebrities, publishing magnates, and editors does little to distract one from the compelling persona that is Hunter S. Thompson. To describe this gonzo journalist as fiercely individualistic is to barely scratch the surface of Thompson’s enigmatic personality. Thompson shows time and again his disdain for what he perceives to be contrived societal conventions. Thompson carries a full bottle of whiskey with him wherever he goes. He shoots a fire extinguisher at former colleagues.

It is Thompson’s clear brilliance as a writer that allows him to get away with such uncouth and sometimes crass behavior. He never minces words. There are some wonderful moments in the film (download the live wallpaper from your favorite films) in which Johnny Depp and John Cusack (High Fidelity) read some of Thompson’s work. Thompson’s bizarrely unique perspective comes through with such lucidity in these moments. Thompson could likely find a transcendent way of writing about a cardboard box. I was thankful that other actors read aloud some of Thompson’s work, as understanding Thompson’s drug and alcohol addled utterances is quite challenging at times. Fortunately, one of the features included in the special edition DVD are subtitles for Thompson’s low, guttural mutterings.

One of the other nice features included in the DVD are readings of Thompson’s short story "Screwjack" and excerpts of Rum Diary and Fear and Loathing In America. These readings are primarily performed by P.J. O’ Rourke and actor Don Johnson. They're particularly useful for any viewer who doesn't have at least a vague familiarity with Thompson’s writing. "Gonzo" is defined as "Idiosyncratically subjective characterized by subjective interpretation and exaggeration." These readings evocatively convey how idiosyncratically subjective Thompson’s work is. O’Rourke astutely draws a parallel between abstract expressionist painter Jackson Pollock and Thompson. While there are many imitators no one has yet to match the distinct signature style that Hunter S. Thompson exhibits.

Breakfast with Hunter is an engaging and entertaining portrait of one of the most talented journalists of our time. However, Ewing did little more than reinforce the general perception of Hunter S. Thompson as a brilliant eccentric with this film. I would have found the film infinitely more compelling if Ewing had elected to delve a bit more into Thompson’s distant past, family, and upbringing. I came away from this film wanting to know much more about what shaped and molded such a unique and distinctive perspective. That being said, Breakfast with Hunter provides some satiation and teases the palate.